Edition of 25 pieces -
SKU
B06 BLUE BURL
The Ventana ‘Blue Burl’ features a frame is in heat-colored ‘Wave Mokume' gane inlaid with maple burl wood. The blade is 'Copper wave' damascus with a core...
Read More
$925.00
Pay over time with 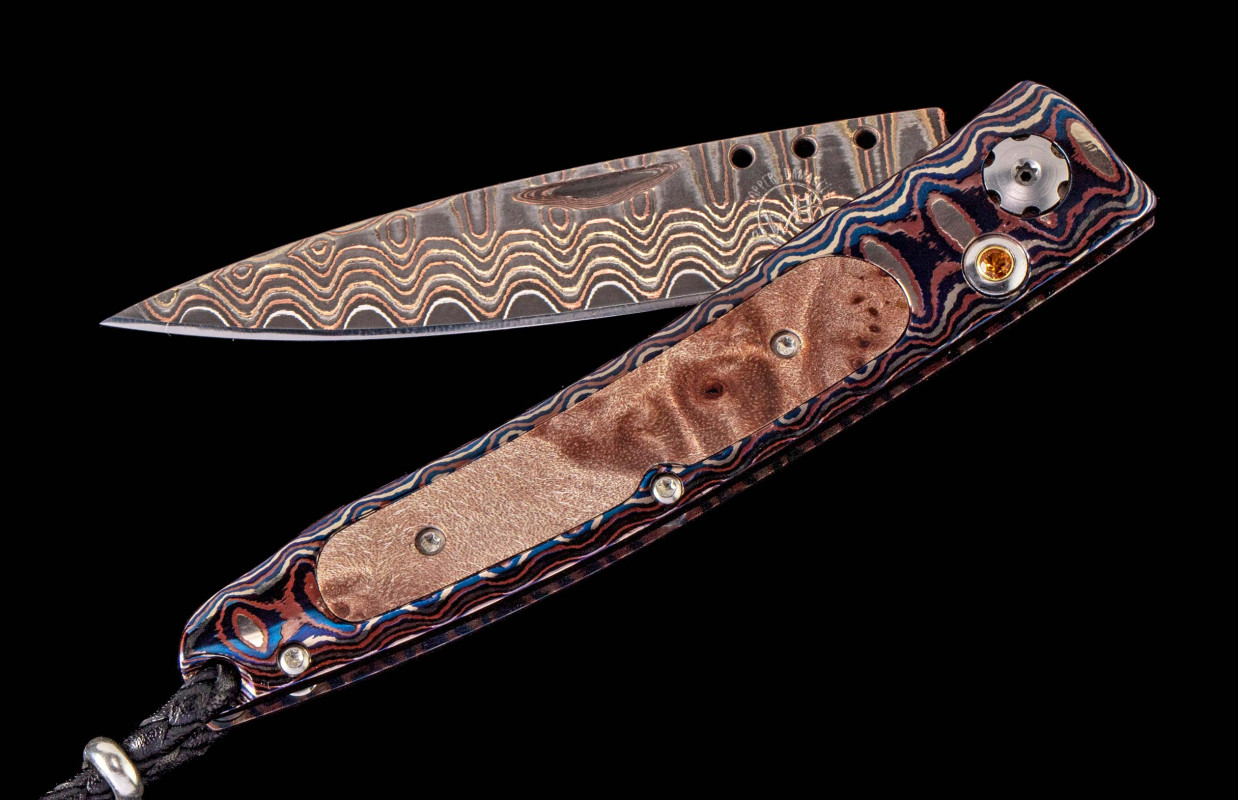 The Ventana ‘Blue Burl’ features a frame is in heat-colored ‘Wave Mokume' gane inlaid with maple burl wood. The blade is 'Copper wave' damascus with a core in strong VG-5 steel. The two-hand button lock is set with a spessartite gemstone. The Ventana folding knife is our homage to the classic gentlemen’s pocket knives of a bygone era, showcasing the rare and exotic inlays that are one of the hallmarks of William Henry’s collections. The 'Blue Burl’ features a perfect synthesis of function, modern and exotic materials; a distinctive personality statement to be worn and used for a lifetime. 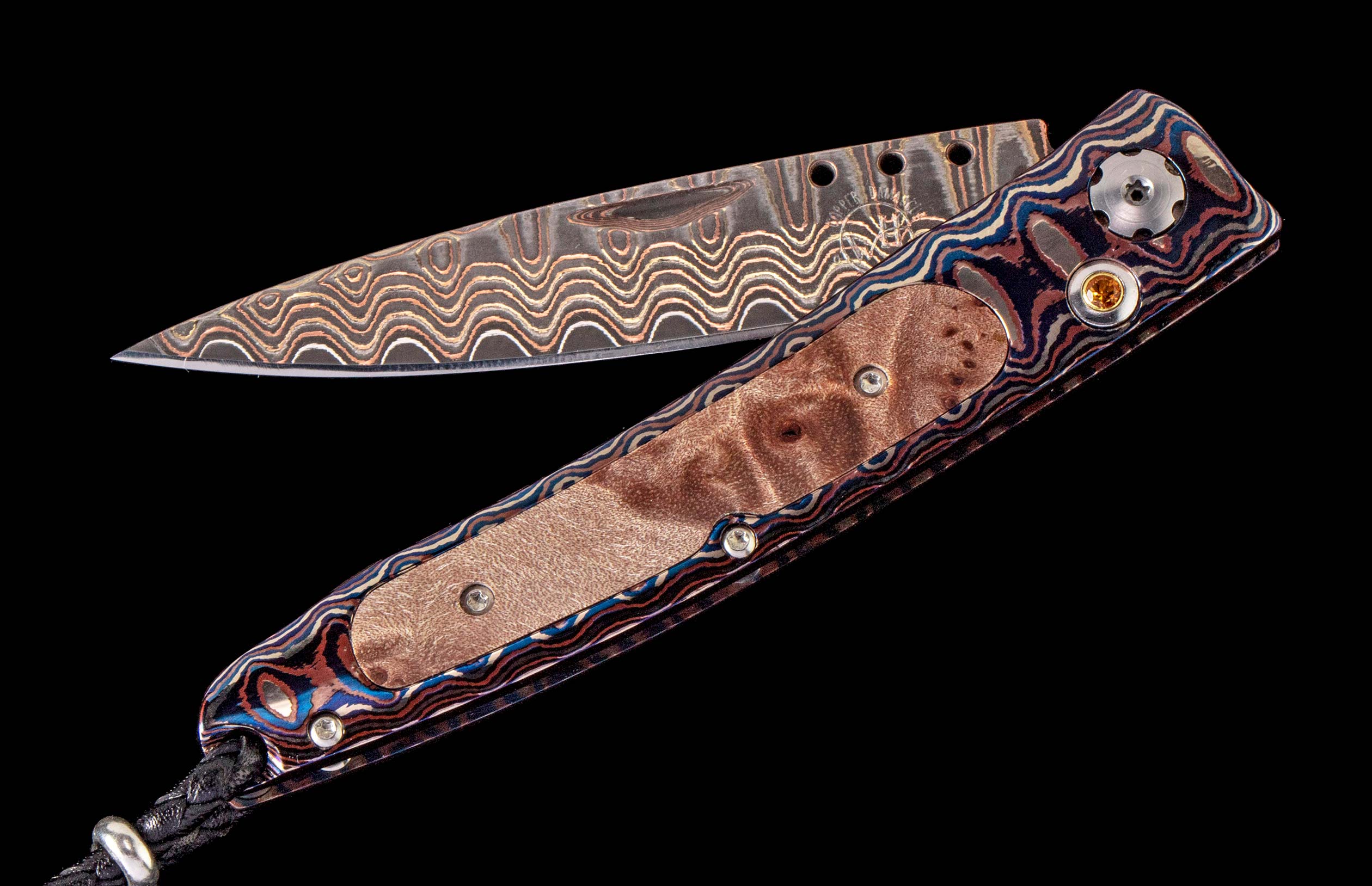 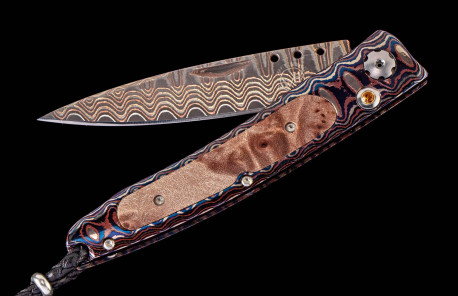