Edition of 15 pieces -
SKU
B12 BURL
The Spearpoint ‘Burl' features a frame in aerospace-grade titanium, inlaid with beautiful Thuya wood burl. The blade is 'Wave' damascus with an extra strong core...
Read More
$1,050.00
Pay over time with 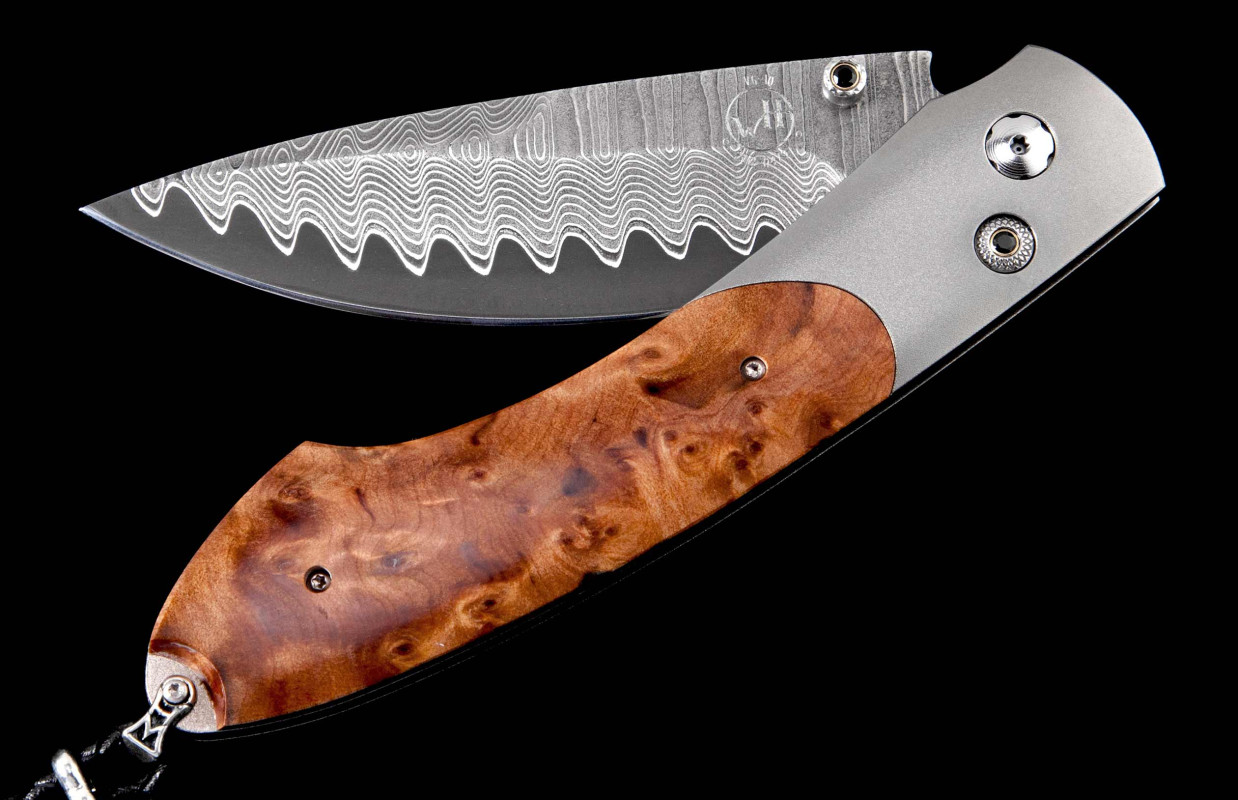 Skip to the beginning of the images gallery
The Spearpoint ‘Burl' features a frame in aerospace-grade titanium, inlaid with beautiful Thuya wood burl. The blade is 'Wave' damascus with an extra strong core of VG-10; the one-hand button lock and the thumb stud are set with spinel gemstones. A remarkable design that gives you an instrument with a full-size secure grip, and a versatile deep-belly blade, the Spearpoint epitomizes William Henry’s core philosophy – that superlative function deserves to be elevated to superlative art. The ‘Burl’ features some of the exotic materials and hand-forged metals that are the hallmark of William Henry's collections; a distinctive personality statement to be worn and used for a lifetime. 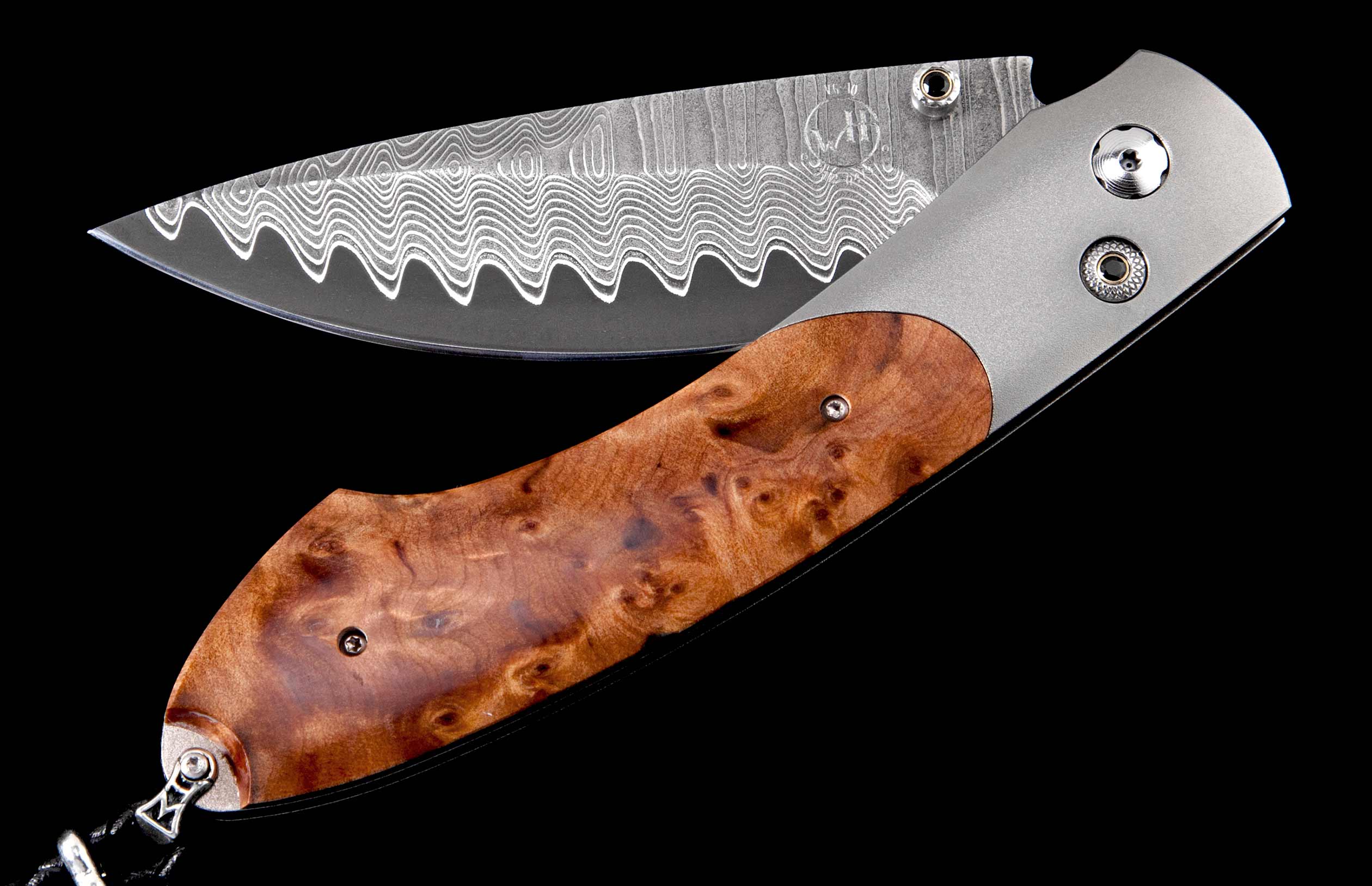 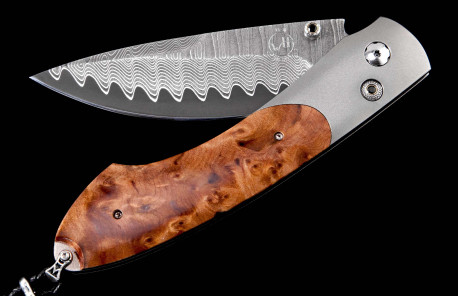 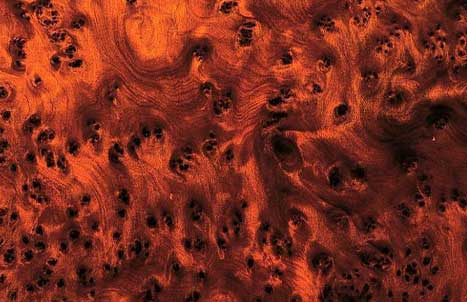 Thuya wood (pronounced two-ya) is from the Thuya tree (Tetraclinis articulata in Latin, and Araar in Moroccan). This biblical tree is a conifer from the cedar family, and is exclusively native to Morocco, where it grows only in the forests of the Atlas mountains east of Essaouira.
The praised part of this tree is not the trunk, but the burl buried in the ground. The burl has a deeper color, a more concentrated aroma, and a fascinating grain. Today these burls are very scarce and hard to locate, extract, and transport.