Edition of 100 pieces -
SKU
B12 TREK
The Spearpoint 'Trek' features a beautiful frame in heat-blued & hand-forged 'Twist' damascus by Chad Nichols, inlaid with a mesmerizing meteorite scale (a section...
Read More
$3,750.00
Pay over time with 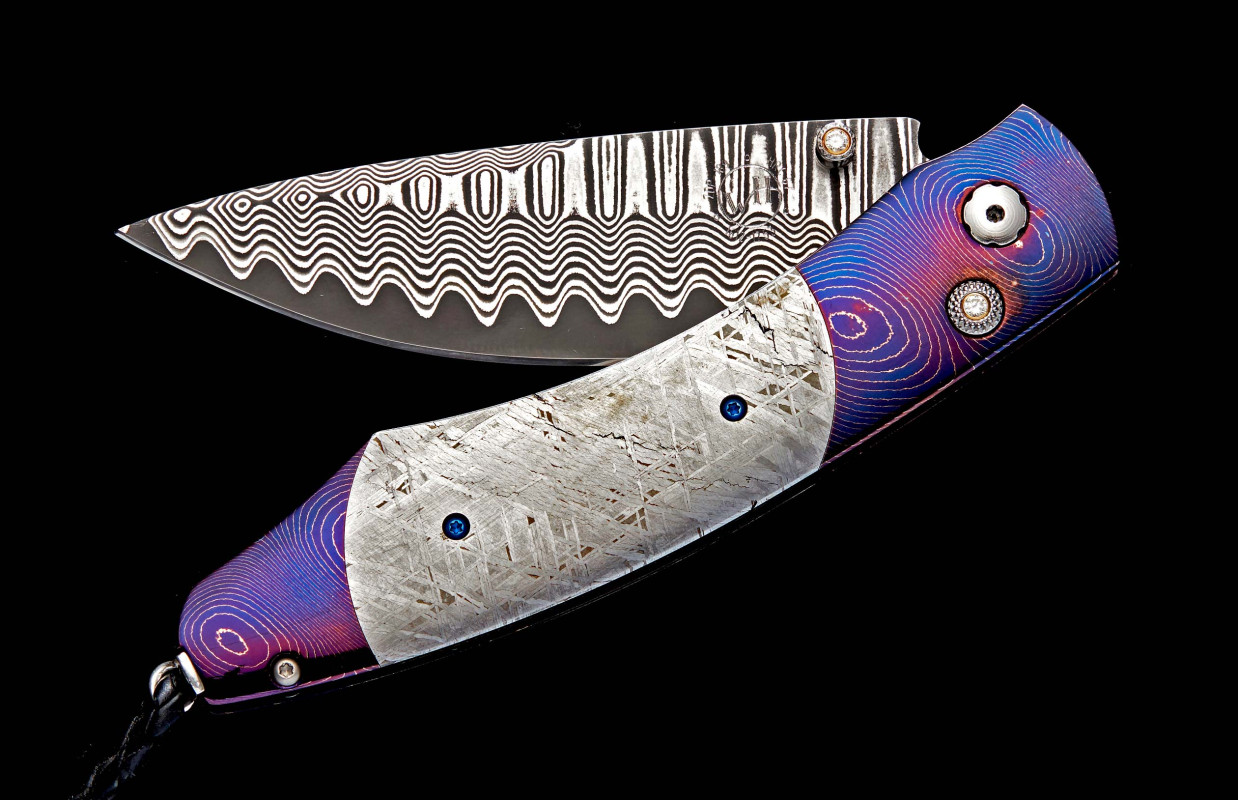 Skip to the beginning of the images gallery
The Spearpoint 'Trek' features a beautiful frame in heat-blued & hand-forged 'Twist' damascus by Chad Nichols, inlaid with a mesmerizing meteorite scale (a section of the Gibeon meteorite which fell in the desert of Namibia in prehistoric times). The blade is 'Wave' damascus with an extra strong core of ZDP-189; the one-hand button lock and the thumb stud are set with diamonds. A remarkable design with a full-size secure grip and versatile deep-belly blade, the Spearpoint epitomizes William Henry's core philosophy: superlative function deserves to be elevated to superlative art. The 'Trek' features some of the exotic materials that are the hallmark of William Henry's collections; a timeless heirloom to be proudly worn and used for a lifetime. 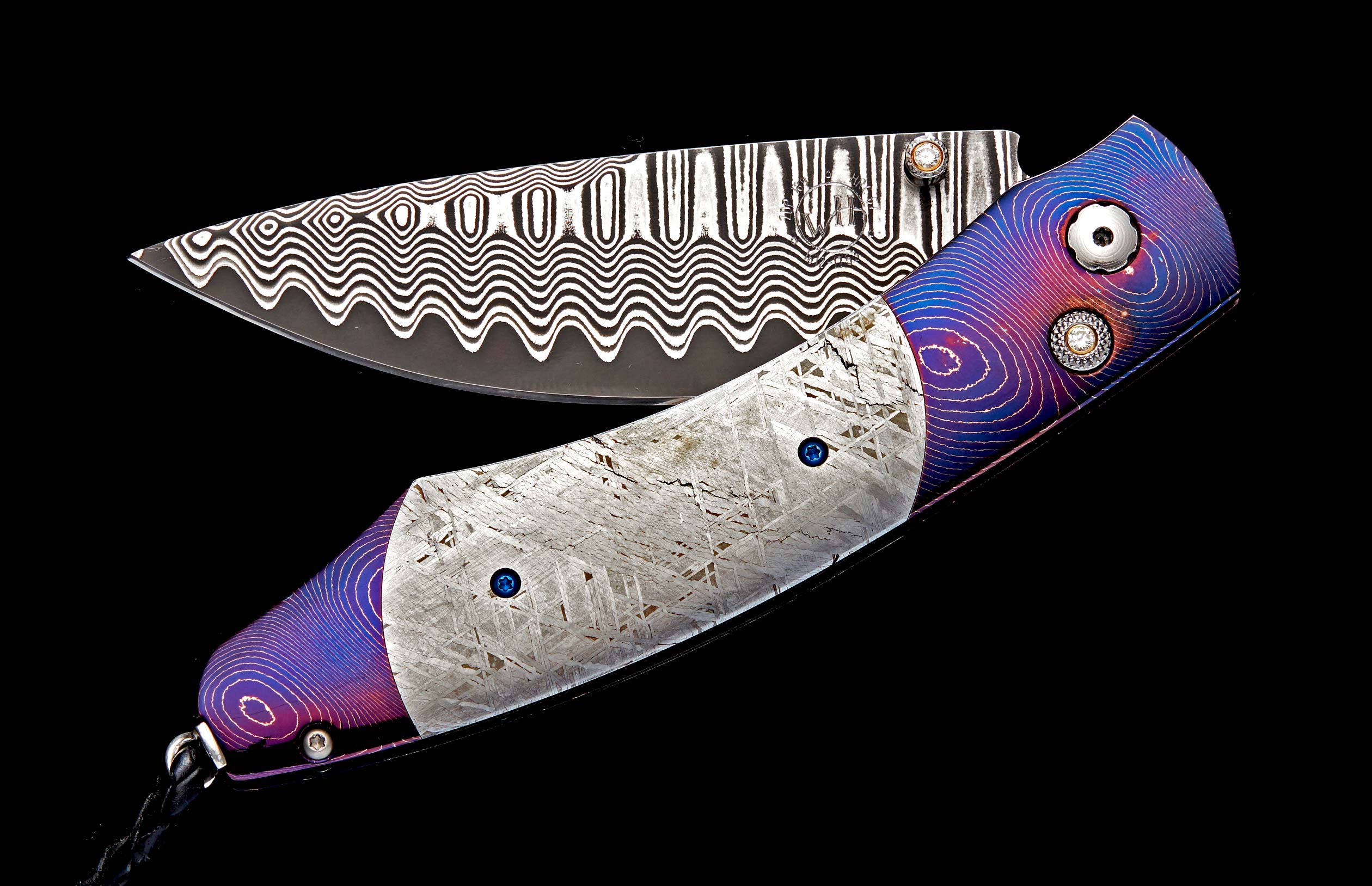 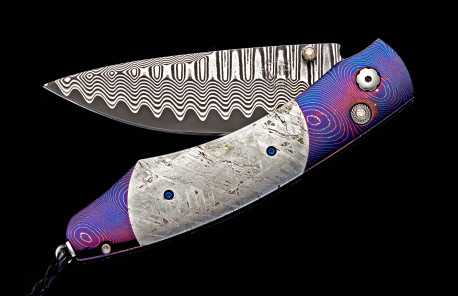