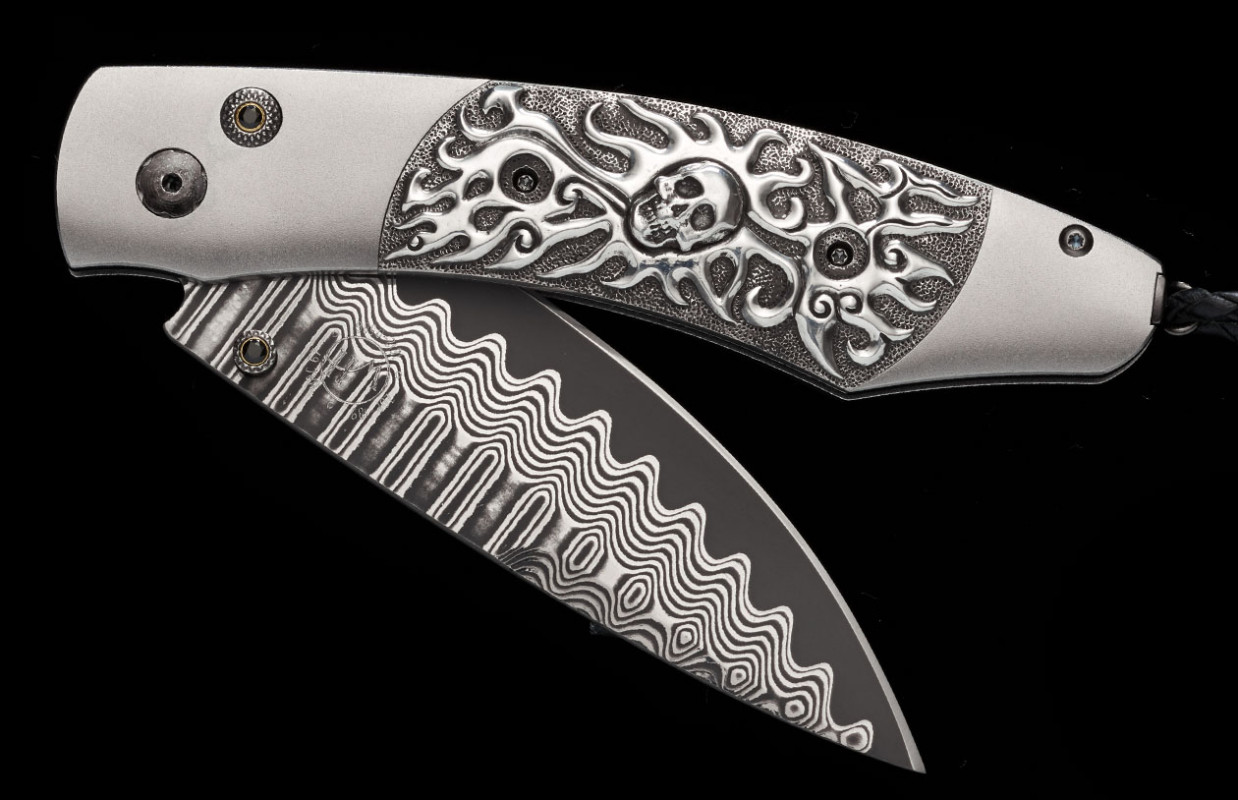 Skip to the beginning of the images gallery
The Spearpoint 'Burning Man' features a light and resilient frame in aerospace grade titanium, inlaid with beautiful hand-carved sterling silver scales. The blade is 'Wave' damascus steel with a core in extra-strong ZDP-189 steel; the one-hand button lock and the thumb stud are set with spinel gemstones. A remarkable design that gives you an instrument with a full-size secure grip, and a versatile deep-belly blade, the Spearpoint epitomizes William Henry’s core philosophy – that superlative function deserves to be elevated to superlative art. The ‘Burning Man’ features the artistry, hi-tech, and fascinating metals that are the hallmark of William Henry's collections; a distinctive personality statement to be worn and used for a lifetime. 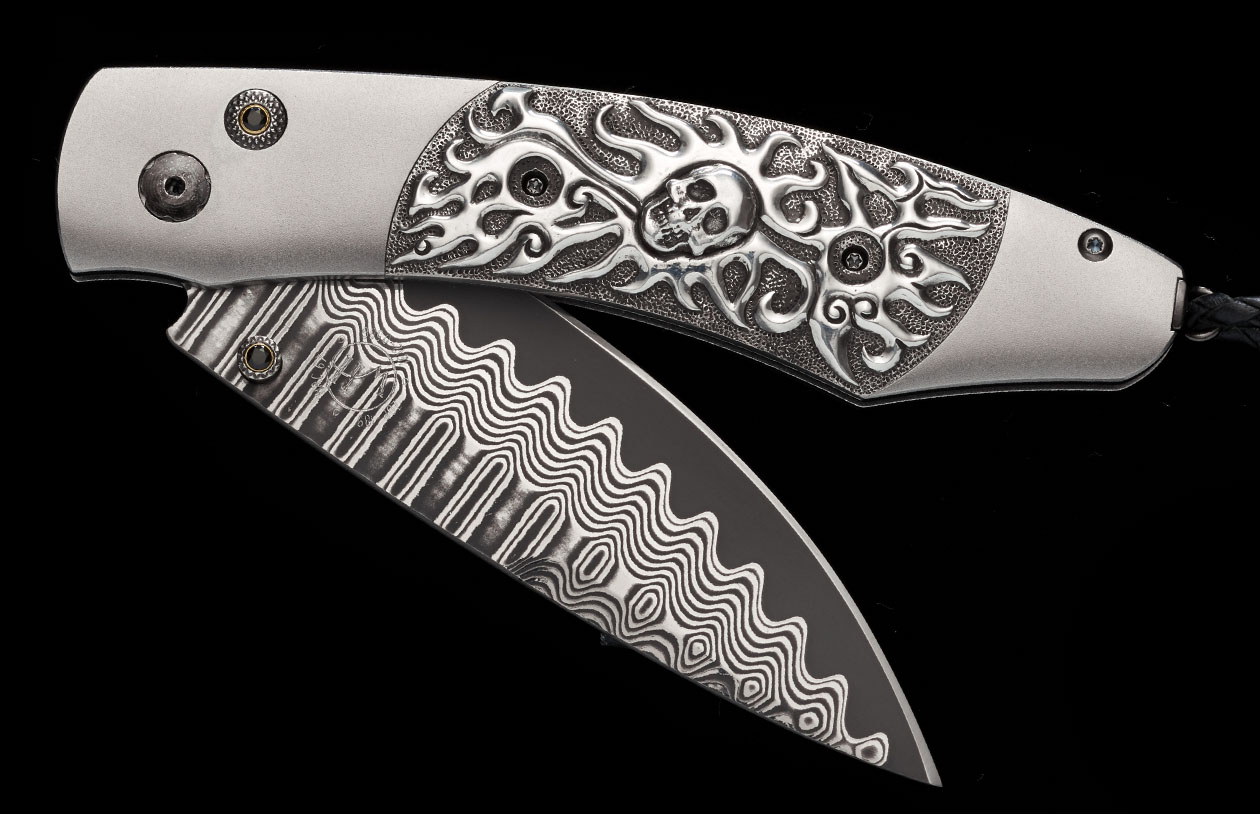 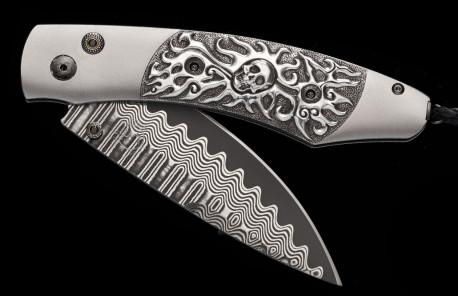