Edition of 100 pieces -
SKU
B12 PINSTRIPES
The Spearpoint ‘Pinstripes’ features a frame in hand-forged & heat-blued 'Mind Melt' damascus by Chad Nichols, inlaid with wood reclaimed from the seats...
Read More
$2,000.00 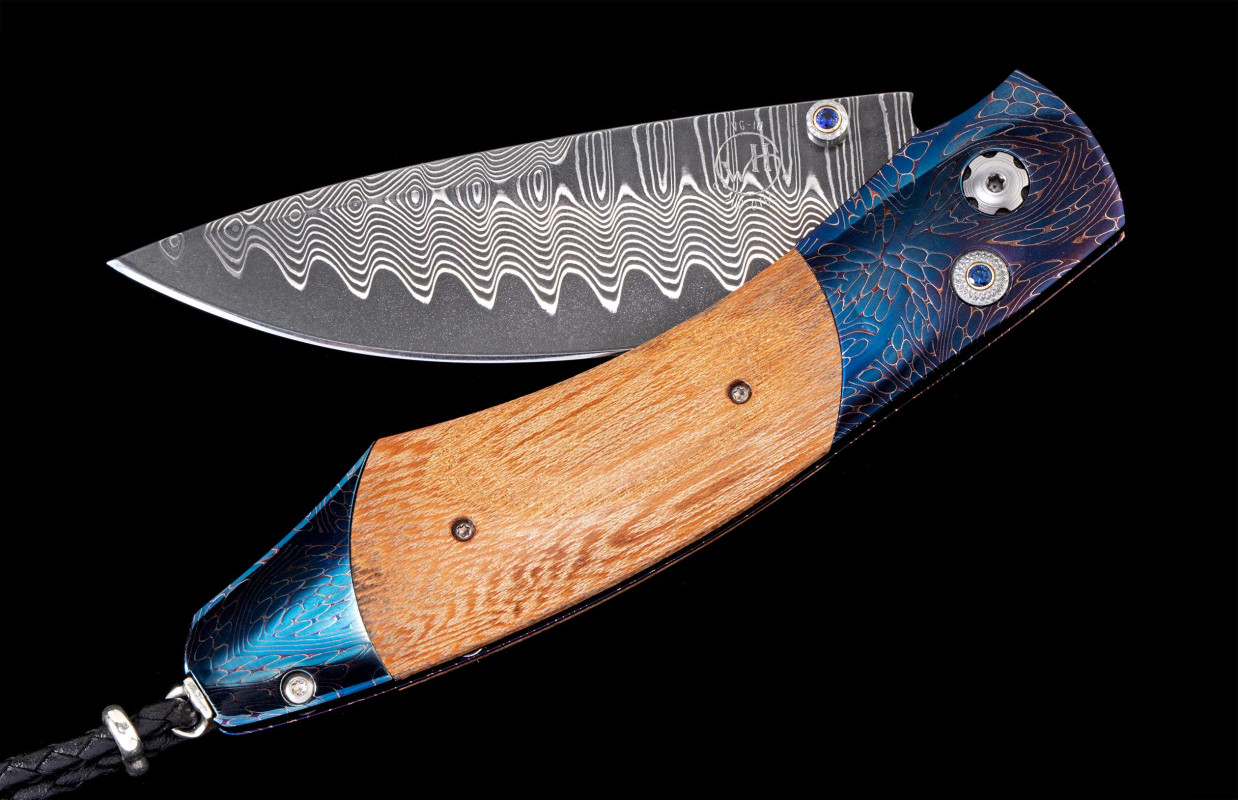 The Spearpoint ‘Pinstripes’ features a frame in hand-forged & heat-blued 'Mind Melt' damascus by Chad Nichols, inlaid with wood reclaimed from the seats of the old Yankee Stadium during the renovation of 1973. The blade is 'Wave' damascus with an extra-strong core in VG-10; the one-hand button lock and the thumb stud are set with sapphires. A remarkable design that gives you an instrument with a full-size secure grip, and a versatile deep-belly blade, the Spearpoint epitomizes William Henry’s core philosophy – that superlative function deserves to be elevated to superlative art. The ‘Pinstripes' features some of the exotic materials and hand-forged metals that are the hallmark of William Henry's collections; a distinctive personality statement to be worn and used for a lifetime.

This knife is shipped in an elegant wood presentation box, and it comes with a pocket clipcase made from soft, high-grade leather, with an integrated stainless steel pocket clip. 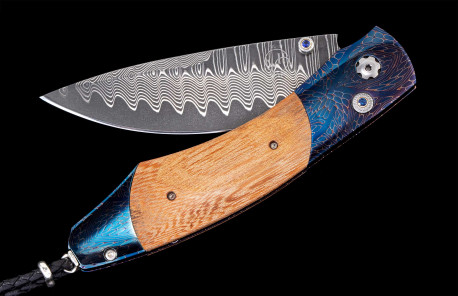 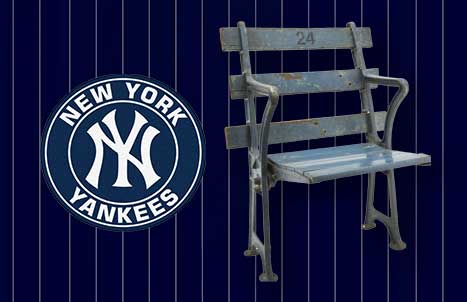