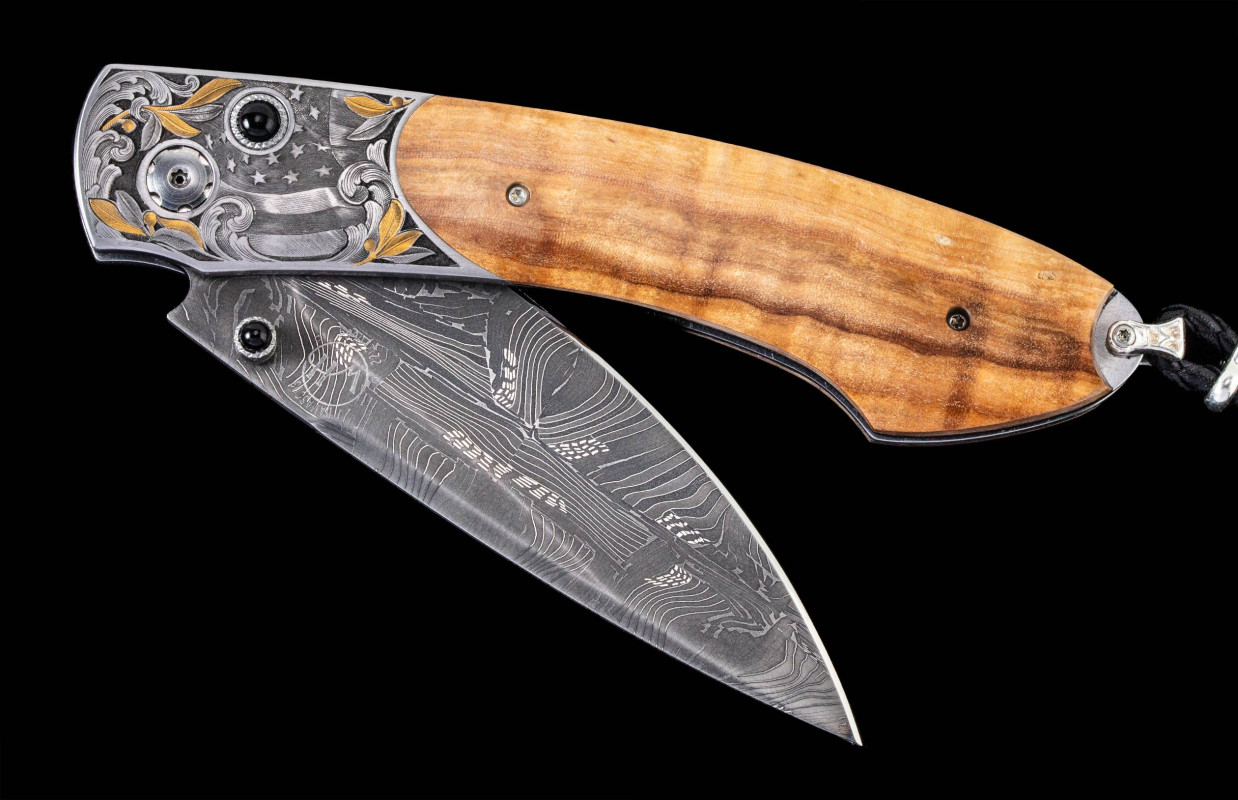 The Spearpoint 'G Washington' features a beautiful frame in hand-engraved stainless steel with 24K gold inlays by Bottega Incisioni, inlaid with a beautiful wood scale from 1 of 13 horse chestnut trees planted by George Washington. The blade is hand-forged 'Flag' damascus by Chad Nichols; the one-hand button lock and the thumb stud are set with black onyx gemstones.

Washington planted the trees at Fauquier Street to represent each of the existing colonies, and to provide shade for his mother and sister as they walked to and from each other's houses.

The wood featured on this knife was reclaimed by Historical Woods of America.

A remarkable design that gives you an instrument with a full-size secure grip, and a versatile deep-belly blade, the Spearpoint epitomizes William Henry’s core philosophy – that superlative function deserves to be elevated to superlative art.

The ‘G Washington’ features the artistry, hi-tech, and hand-forged metals that are the hallmark of William Henry's collections; a distinctive personality statement to be worn and used for a lifetime. 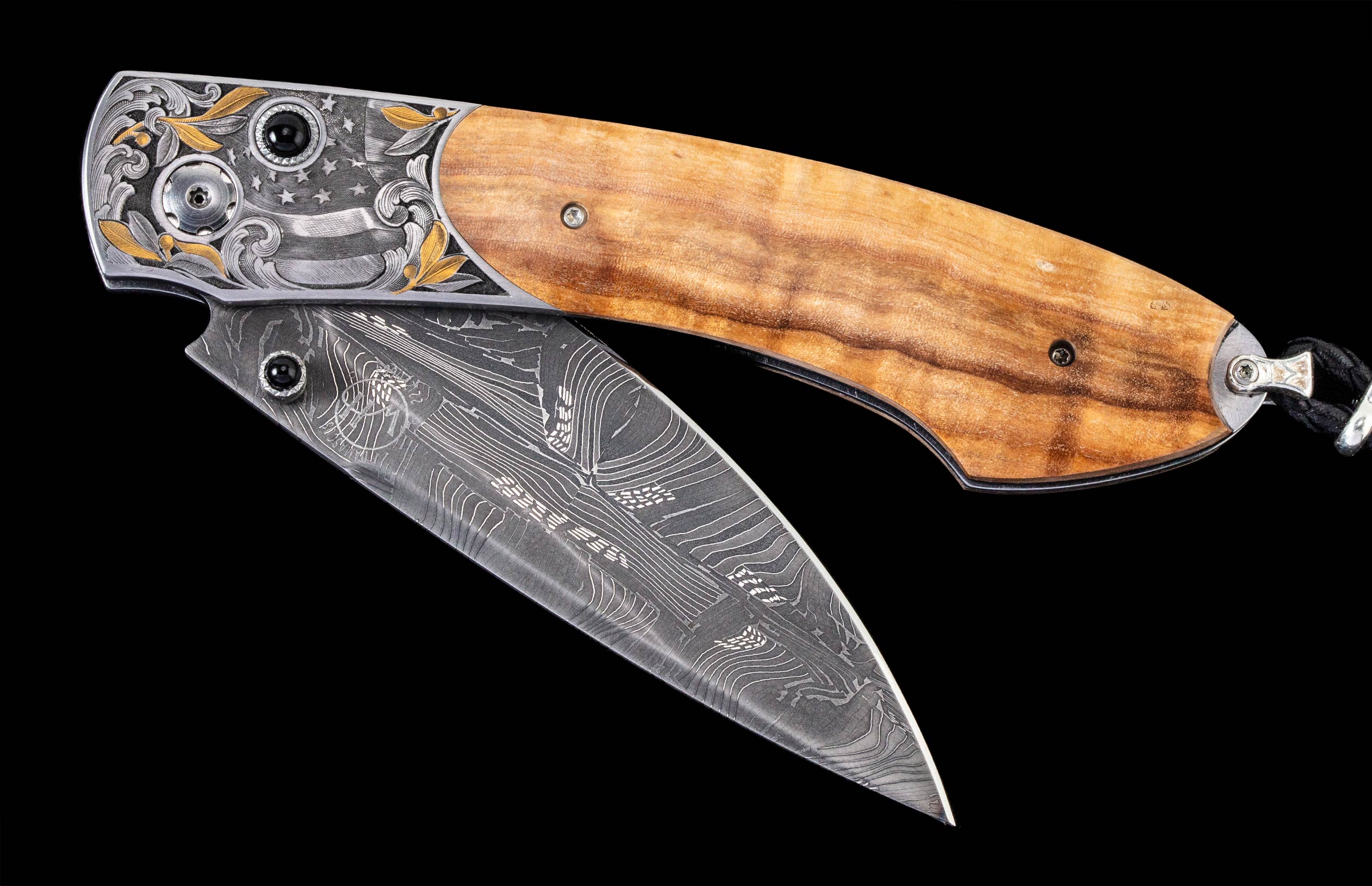 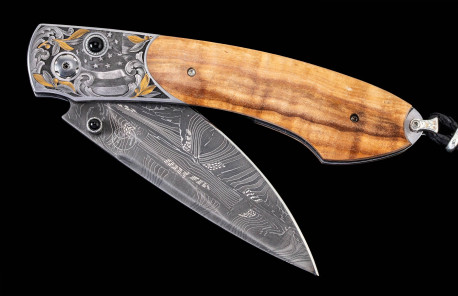 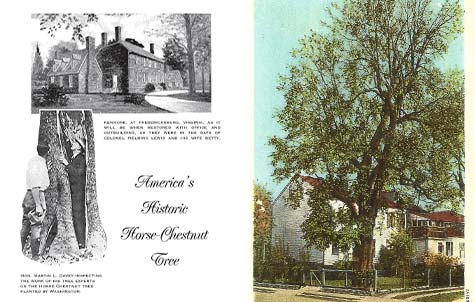 George Washington planted thirteen horse chestnut trees on Fauquier Street in downtown Fredericksburg -- one to represent each of the existing colonies. The trees provided shade for his mother and sister as they walked to and from each other's houses