Edition of 50 pieces -
SKU
B12 BLACK PALM
The Spearpoint ‘Black Palm' features a frame in aerospace-grade titanium, inlaid with beautiful black palm wood. The blade is hand-forged 'Raindrop' damascus by...
Read More
$1,050.00
Pay over time with 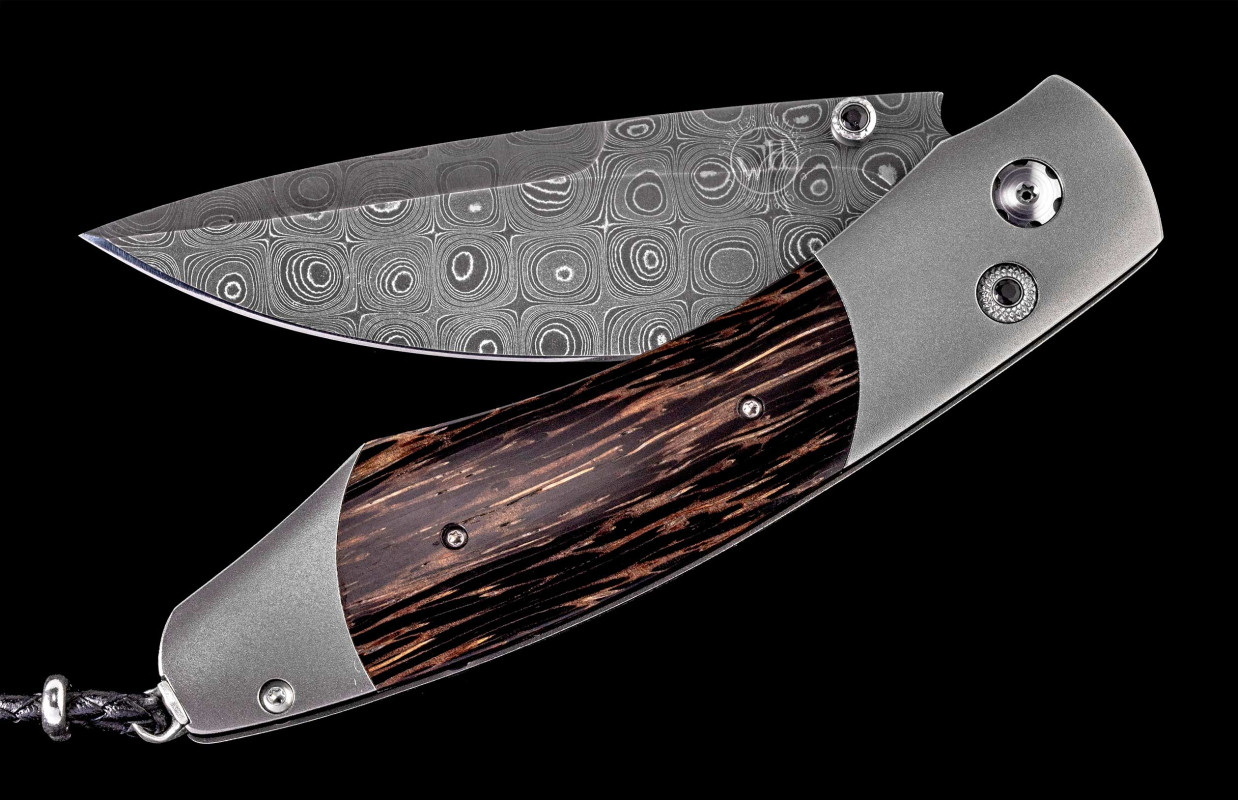 The Spearpoint ‘Black Palm' features a frame in aerospace-grade titanium, inlaid with beautiful black palm wood. The blade is hand-forged 'Raindrop' damascus by Mike Norris; the one-hand button lock and the thumb stud are set with spinel gemstones. A remarkable design that gives you an instrument with a full-size secure grip, and a versatile deep-belly blade, the Spearpoint epitomizes William Henry’s core philosophy – that superlative function deserves to be elevated to superlative art. The ‘Black Palm’ features some of the exotic materials and hand-forged metals that are the hallmark of William Henry's collections; a distinctive personality statement to be worn and used for a lifetime. 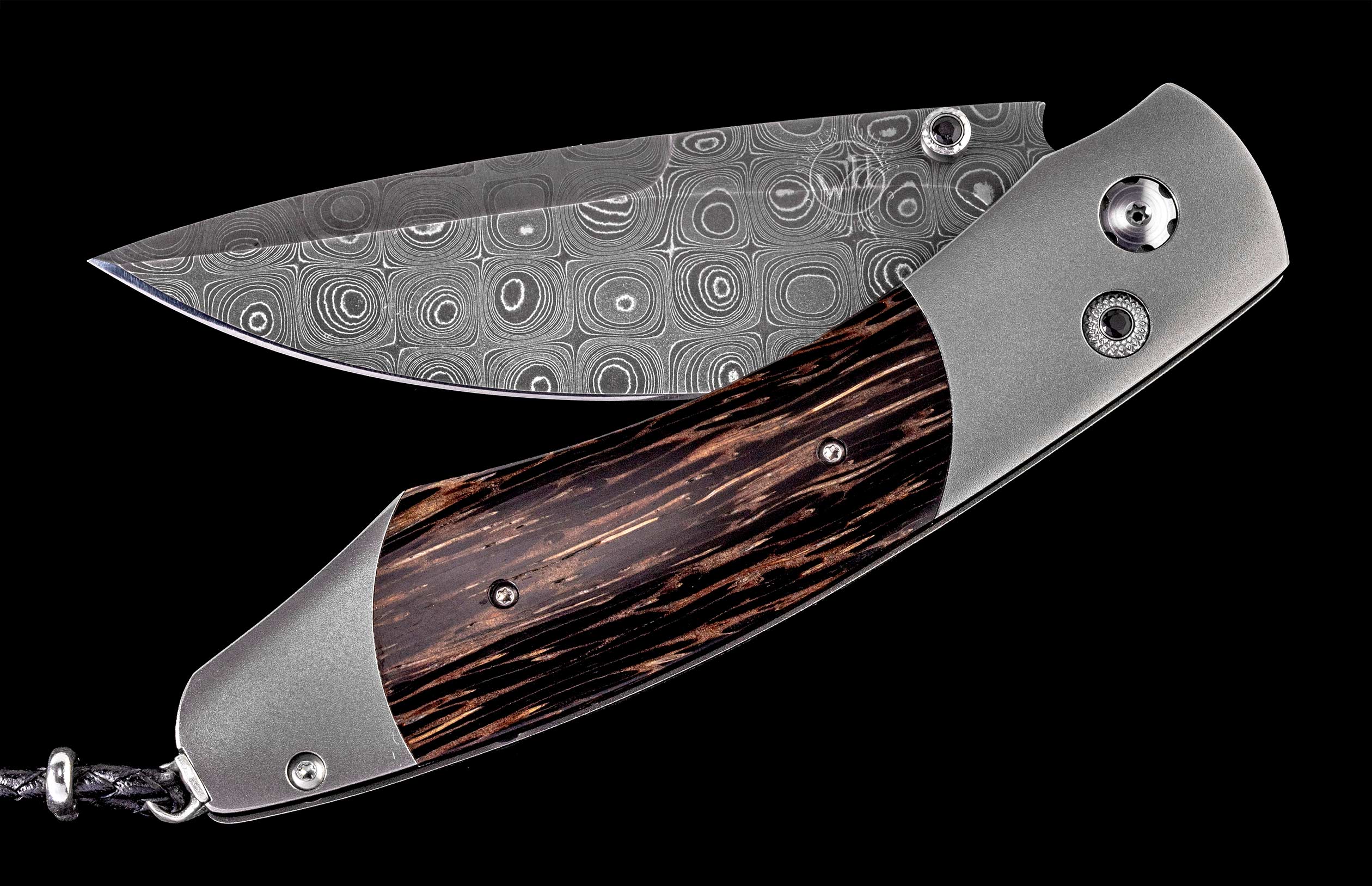 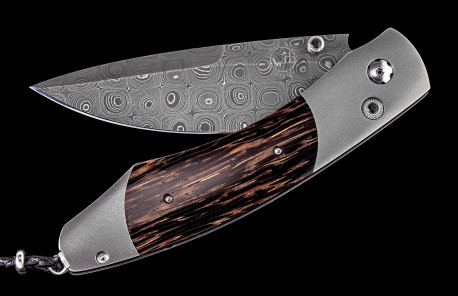 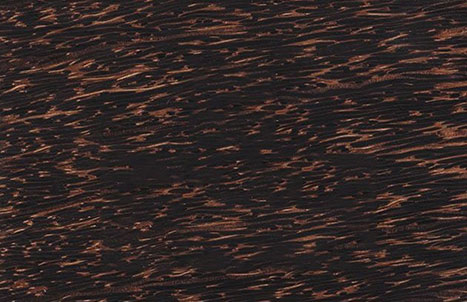