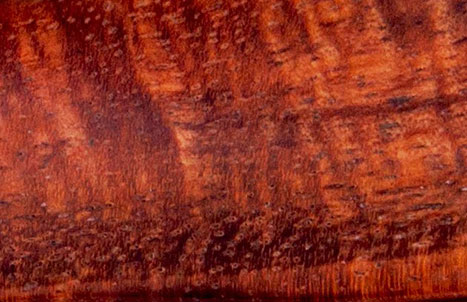 Koa is a fabled tree, and wood, sourced responsibly from the Hawaiian islands. It is reddish brown in color, takes a beautiful polish, and can occasionally offer very fine figuring/curl and chattoyance. William Henry uses only the highest grade of figured Koa (as available) for our work, resin-stabilized for durability.