SKU
BR13 MT GR
A classic from the first pencil drawing on a napkin! The Retro sets an unparalleled standard on the wrist. Simple and timeless elegance in a bracelet that wears...
Read More
$2,150.00
Sizing Info
Pay over time with 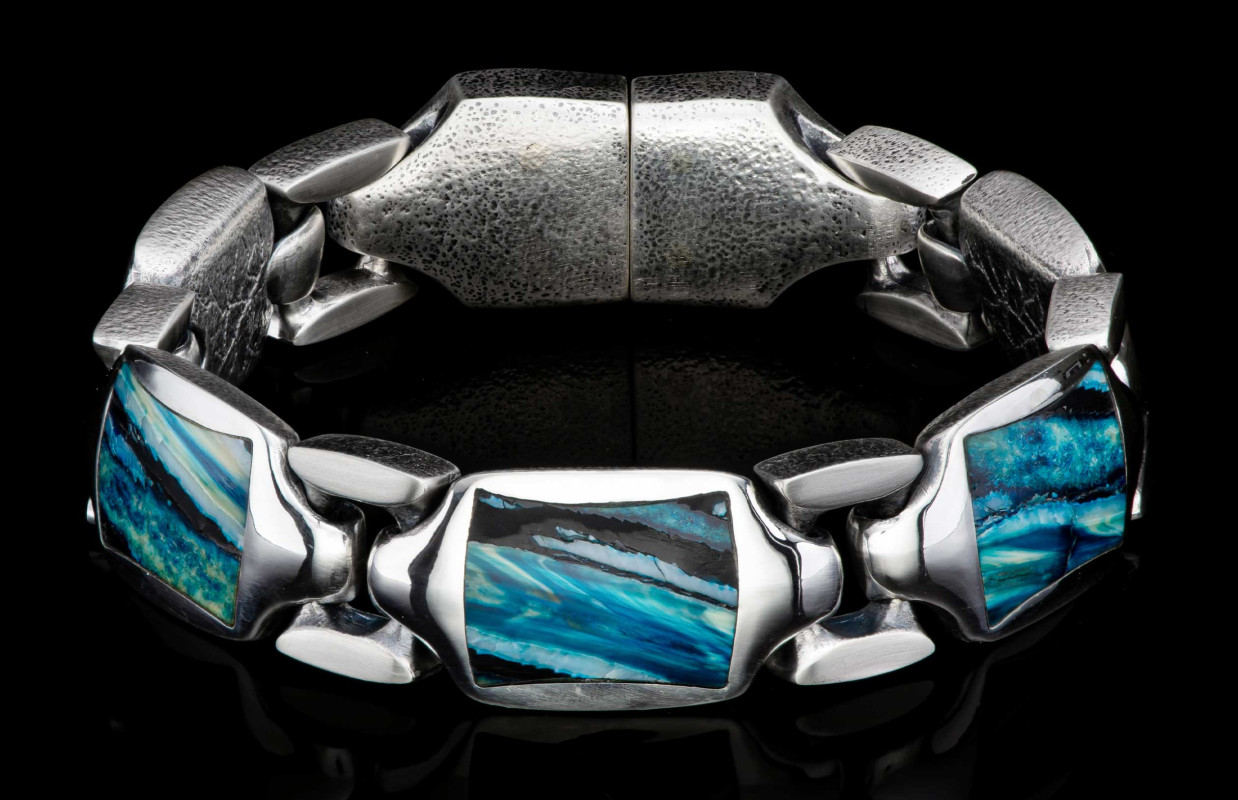 A classic from the first pencil drawing on a napkin! The Retro sets an unparalleled standard on the wrist. Simple and timeless elegance in a bracelet that wears with anything, for any occasion. Offered here in sterling silver with our 'leaf' pattern, inlaid with fossil woolly mammoth tooth. Features our precision stainless steel button lock closure with inset sapphire gemstone. 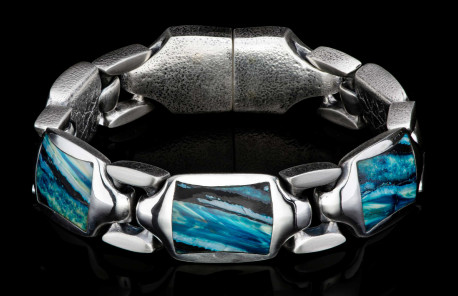