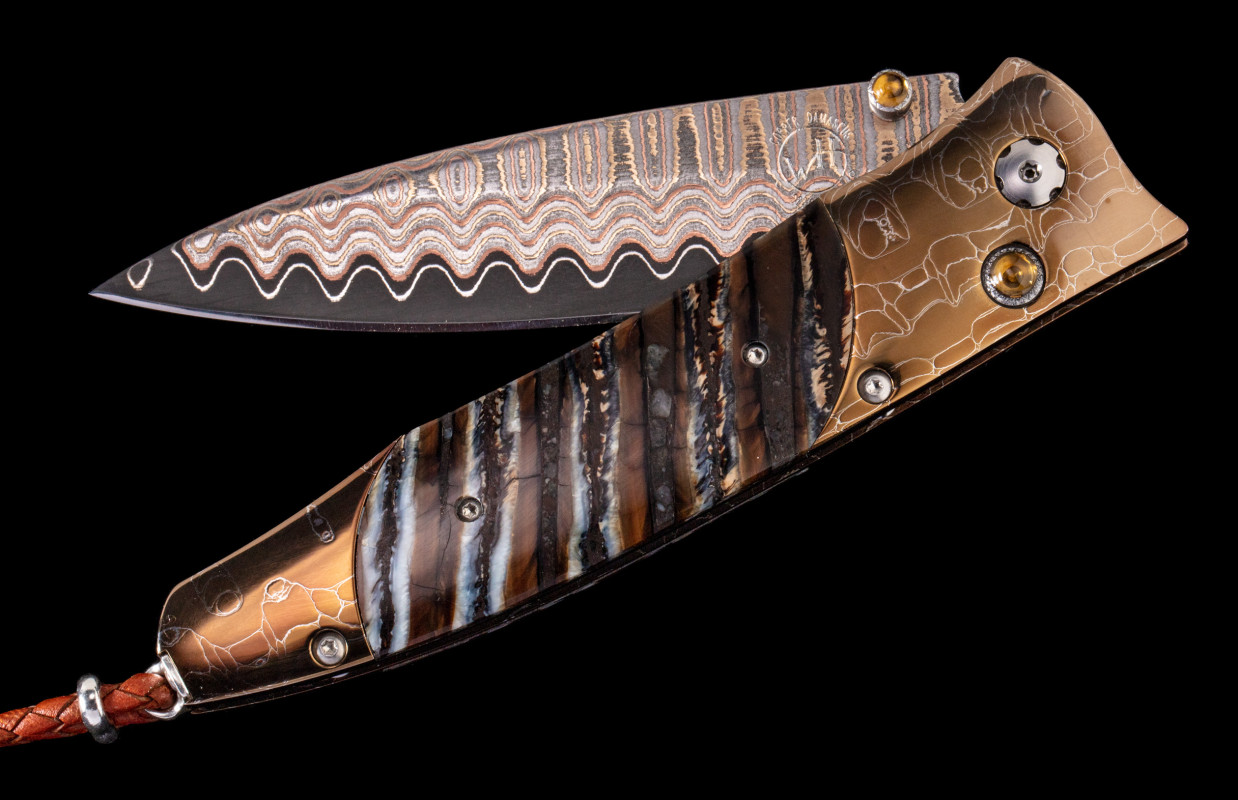 The Gentac ‘Fauna’ features a stunning and unique frame in hand-forged and heat-colored 'Croc Skin' damascus, inlaid with 10,000 year-old fossil Woolly Mammoth tooth. The blade is crafted from 'Copper Wave' damascus with an extra strong core in VG-5. The one-hand button lock and the thumb stud are set with fine citrine gemstones.  An exceptional design that offers rigorous performance in a sleek, comfortable knife, the Gentac is also the perfect canvas to showcase William Henry’s range of exotic materials and techniques. The 'Fauna’ features some of the exotic materials and hand-forged metals that are the hallmark of William Henry's collections; a timeless heirloom to be proudly worn and used for a lifetime before being handed-down to another generation. 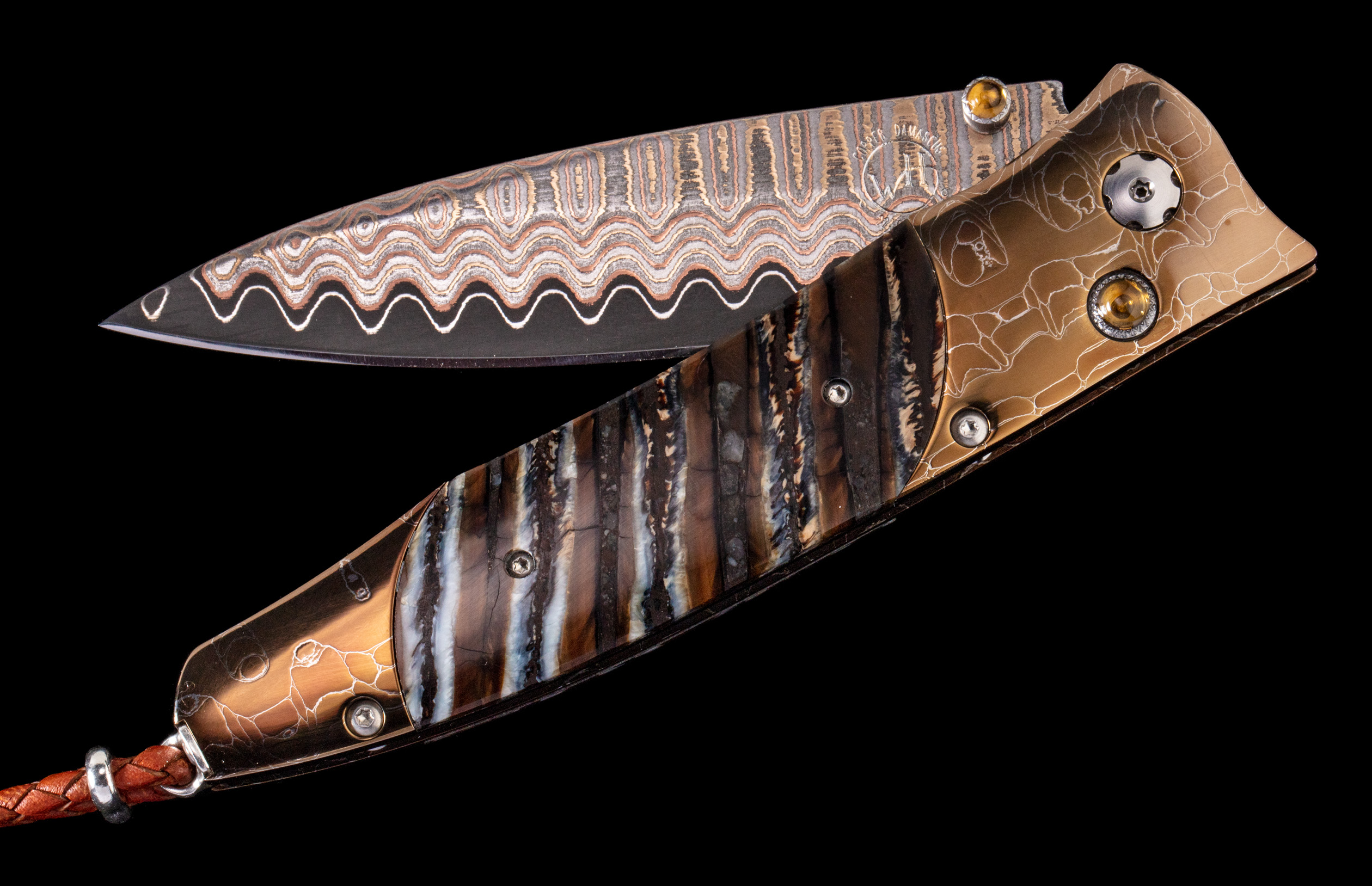 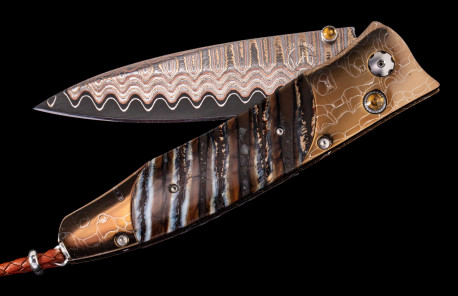