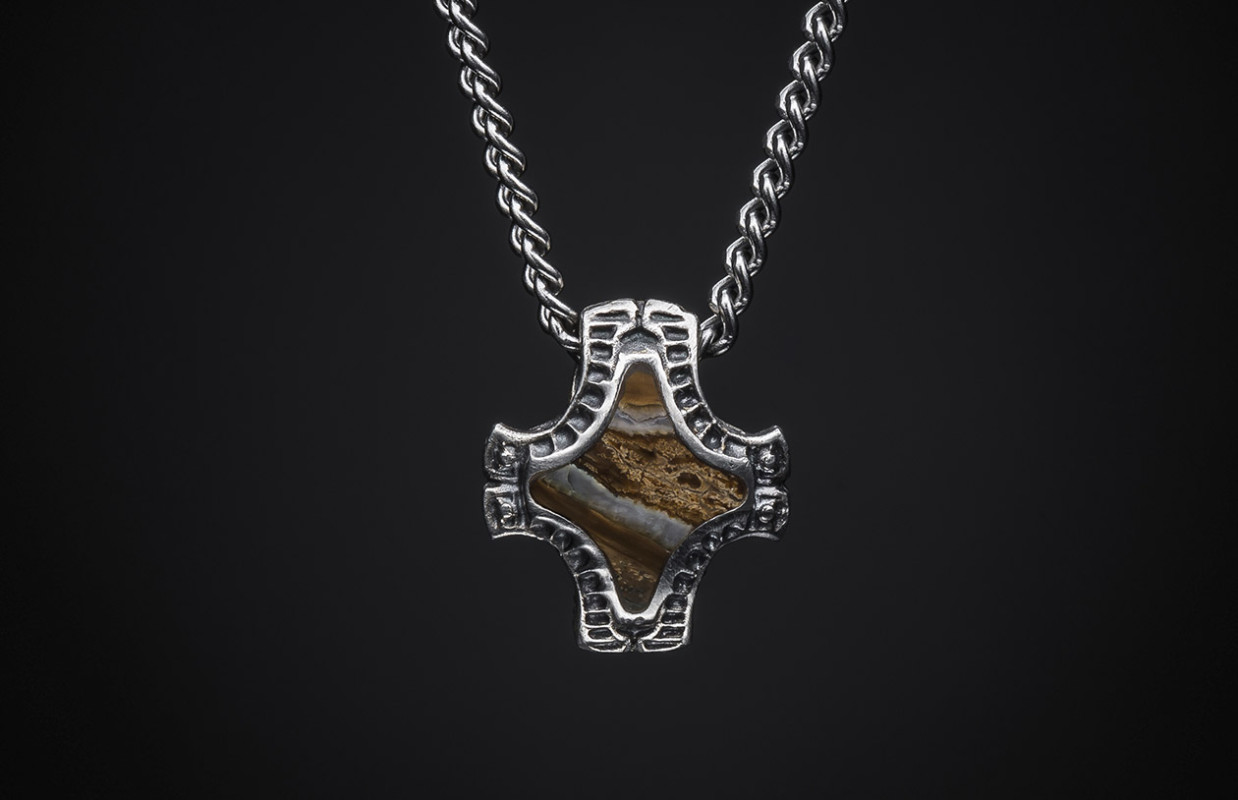 Skip to the beginning of the images gallery
Sterling silver cross inlaid with 10,000 year-old fossil mammoth tooth. The chain is stainless steel with stainless clasp. William Henry's jewelry collection showcases our work with rare and storied materials, and exceptional craftsmanship, blended with intricate and symbolic stylings in sterling silver, interwoven with exotic and unique forged metals derived from the ancient arts of sword-making. Designed and hand-crafted in the United States, every piece of this collection makes a bold, yet extremely refined statement, and speaks to a strong and masculine personality. 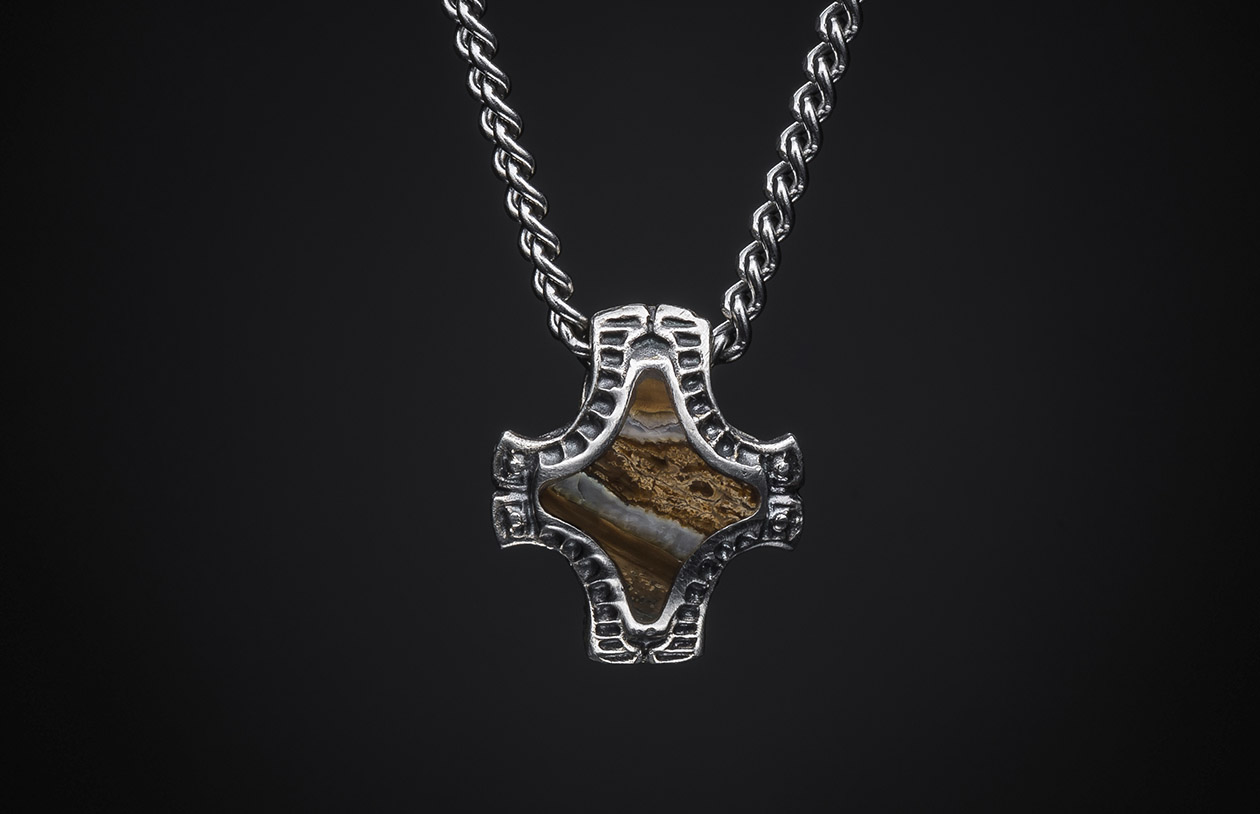 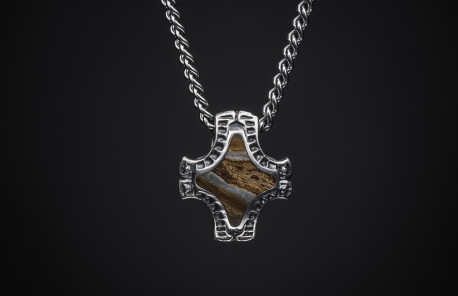 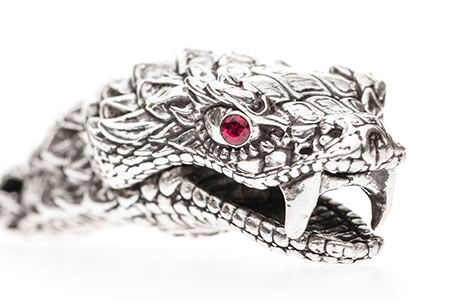 Sculpted Sterling is finely cast in our jewelry shop using state-of-the-art techniques and equipment to obtain a mesmerizing level of detail.