Edition of 100 pieces -
SKU
F8 7
The F8-7 Cabernet is a beautiful fountain pen featuring a barrel in acrylic acetate, and a light structure in aerospace grade titanium and aluminum. The German-made...
Read More
$950.00
Pay over time with 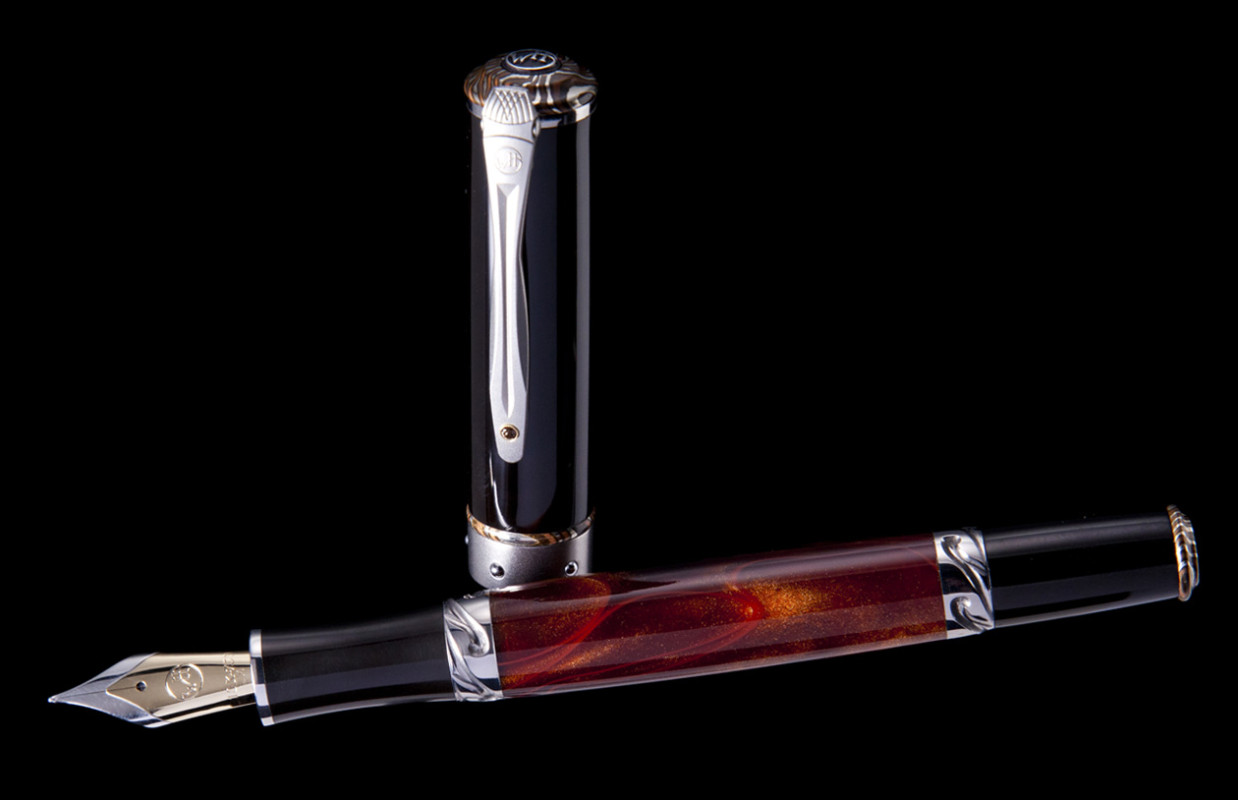 Skip to the beginning of the images gallery
The F8-7 Cabernet is a beautiful fountain pen featuring a barrel in acrylic acetate, and a light structure in aerospace grade titanium and aluminum. The German-made nib is in 18K gold, the accents on the ebonite cap are in Mokume Gane and the stainless steel pocket clip is set with smoky quartz. This beautiful writing instrument also features William Henry's patent-pending Wavelock™ cap closure system – a ring of chromium steel balls embedded in a titanium ring which are captured in wave-shaped grooves in titanium collars for closed and post positions. The F8-7 is a limited worldwide edition of 100 pieces only, and the exotic materials confers to each of them a distinct and original personality. Much like their owners, no two pens are ever alike. 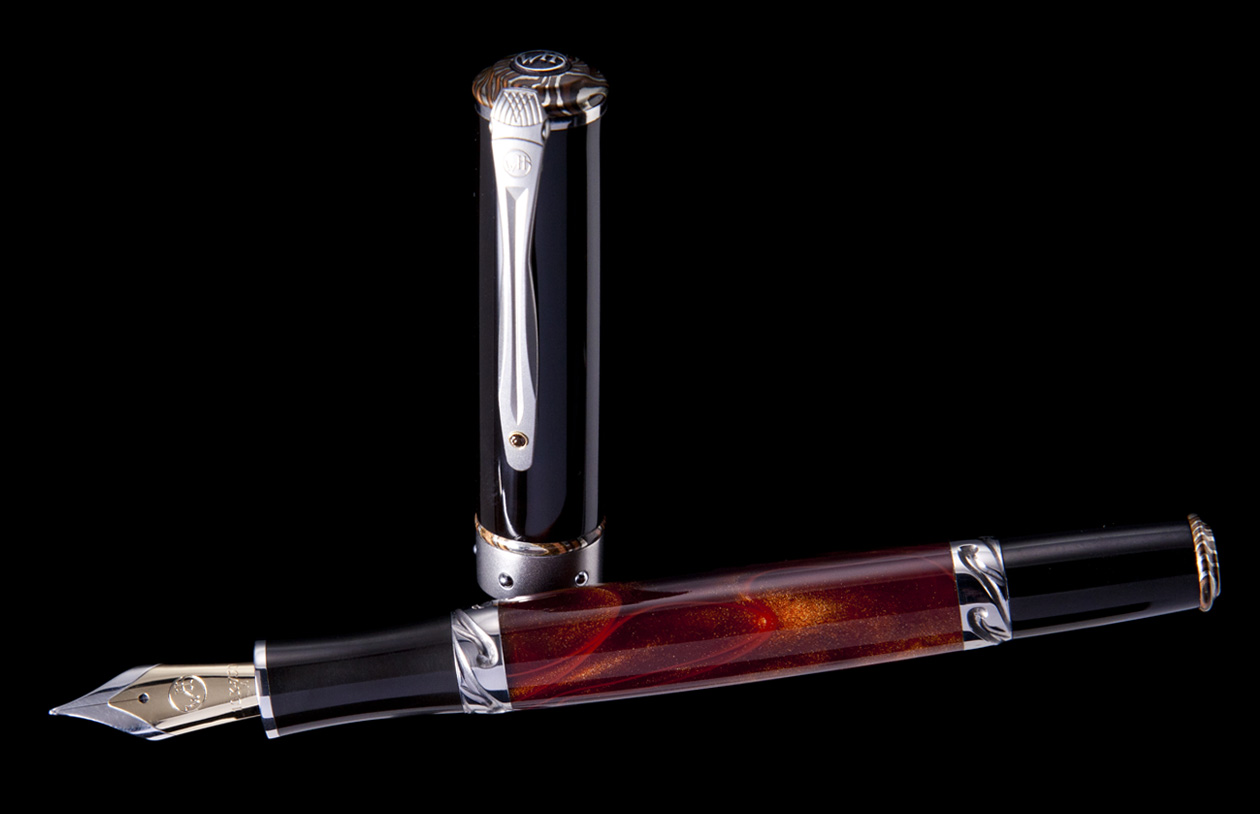 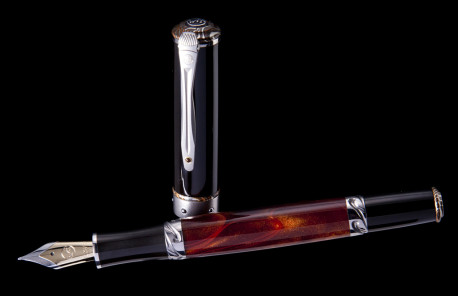 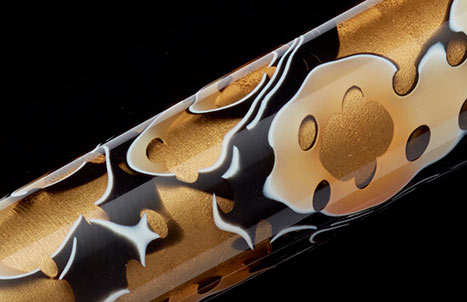