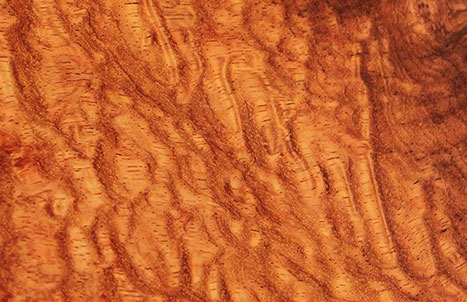 Afzelia xylocarpa is a tree from Southeast Asia. It grows in Thailand, Vietnam, Cambodia, Laos and Burma in deciduous forests. It can reach 30 metres tall with a trunk up to 2 metres in diameter in a mature specimen.
The highly figured lumber is often referred to as Afzelia Xylay. William Henry uses the wood to create beautiful knife handles. All our xylay wood is sourced responsibly.