Edition of 500 pieces -
SKU
B04 1112 LONGVIEW
The Pikatti 'Longview' features a beautiful frame in aerospace grade Titanium, inlaid with box elder burl wood. The razor-sharp blade is 'wave' damascus steel with...
Read More
$500.00
Skip to the end of the images gallery 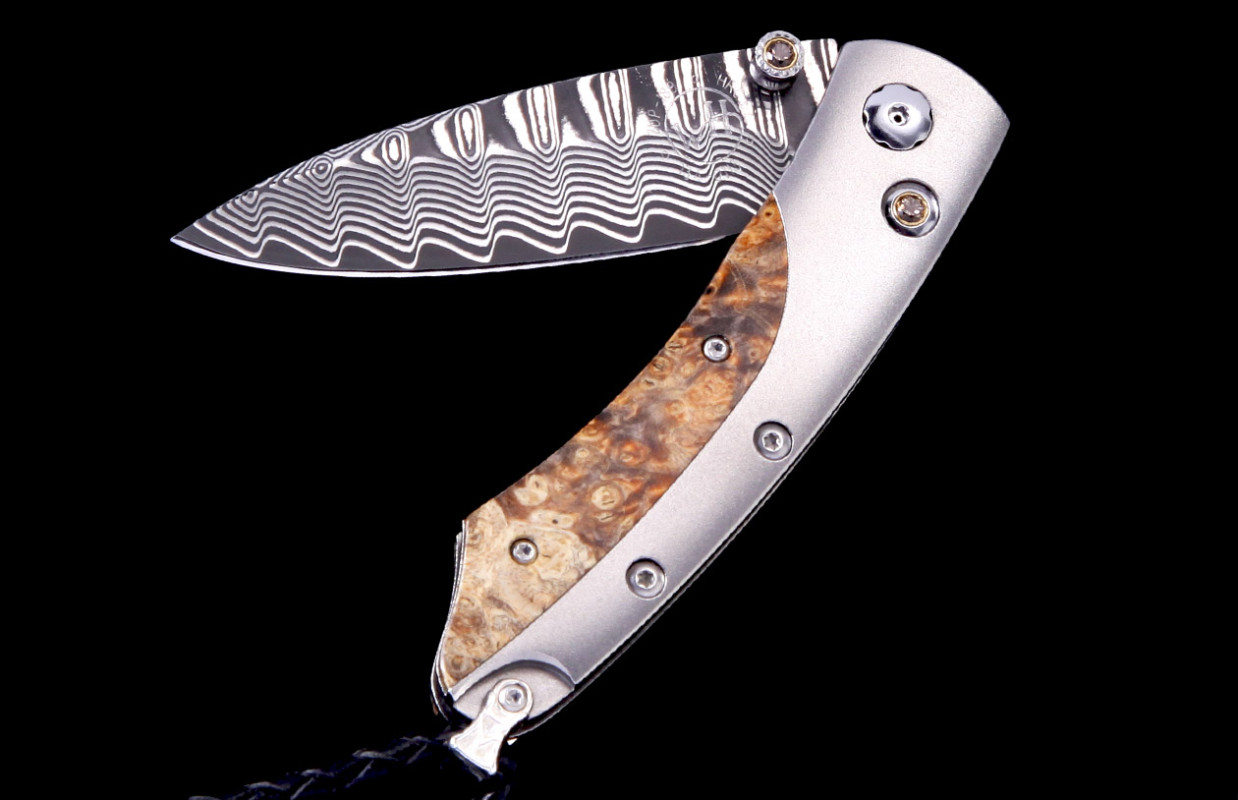 Skip to the beginning of the images gallery
The Pikatti 'Longview' features a beautiful frame in aerospace grade Titanium, inlaid with box elder burl wood. The razor-sharp blade is 'wave' damascus steel with core in ZDP-189. The one-hand button lock and the thumb stud are set with smoky quartz. The perfect companion for every occasion, the Pikatti is the smallest of William Henry's folding knives, and the 'Longview' also features some of the exotic materials and forged metals of our collection. 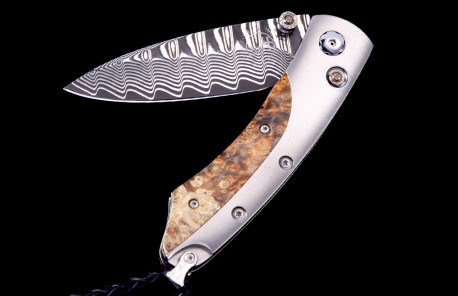 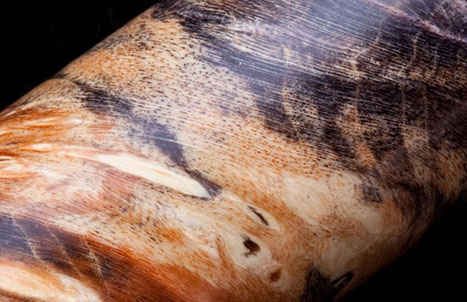 Box Elder is a species of maple native to North America. The name "Box Elder" is based upon the similarity of its whitish wood to that of boxwood. This tree can grow up to 80 feet, and its burl can develop an intricate maze of fibers that, once sanded and polished, explodes in a mesmerizing, stormy tangle of colors and patterns. This is one of William Henry's most distinctive woods; even the smallest section can contain its own individual and unique passion and personality. All of our woods are sourced responsibly.