SKU
BB16 TQ
African Turquoise takes center stage on the Verdigris, a bracelet that carries the warm breeze of the tropics and a life on the water. The turquoise beads are matte...
Read More
Sizing Info
Add to Wish List
Skip to the end of the images gallery Skip to the beginning of the images gallery
African Turquoise takes center stage on the Verdigris, a bracelet that carries the warm breeze of the tropics and a life on the water. The turquoise beads are matte finished, drawing you in to the extraordinary range of color and pattern that each offers. Accent beads are our ‘brain coral’ pattern in sterling silver, sculpted to catch the whimsical elegance of natural coral reefs. Clasp assembly is also sterling silver. Mounted on high-test paracord, this bracelet wears well on its own or layered with other pieces. 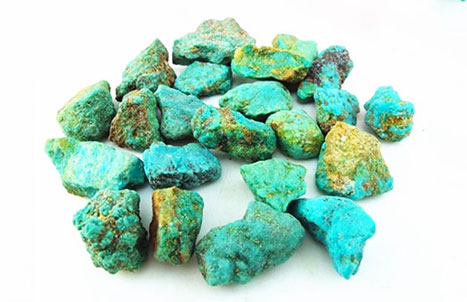 African Turquoise is a type of jasper found in Africa. It has a dark matrix and an interesting blend of base colors, a little greener than most turquoise. Enhancing its role as a turquoise substitute is its matrix, which also resembles turquoise matrix.
It is considered the ‘Stone of Evolution’, and thought to bring encouragement for growth, development and positive change within life itself.